Last weekend was the clubs weekend ride around Glastonbury and as some were camping I decided to take the camper.  When I went to fill up with fuel on Thursday ready for the off on Friday, and as I started to leave the garage the engine management light came on and stayed on.  Looking at the manual it told me to take it to a main dealer for checking and not to drive far.  So thats what I did and it took them three days to sort it out.  There are too many electrical sensors in todays vehicles.
So the camper wasn't an option for the weekend and I booked into a B&B and drove down in the car.

Today Glastonbury is famous for its festival, but it's been a site for pilgrimages since the middle ages visiting the Abbey and the Tor.  Some believe that the chapel there was built by Joseph of Arimathea when he came there after the crucifixion of Christ bringing with him the Holy Grail.  Others believe that it is connected to King Arthur.  But whatever you believe there is evidence to show that the site has been inhabited since the Neolithic times.

Nowadays it is a unique place and I've never come across a town like it in the UK. 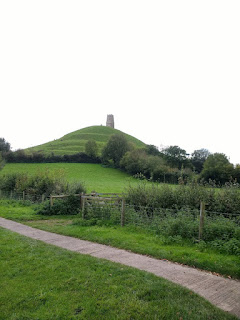 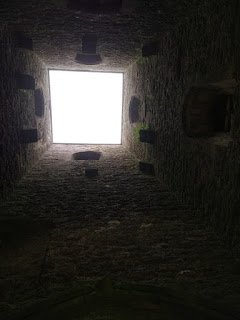 Stunning views of the Somerset Levels from the Tor. 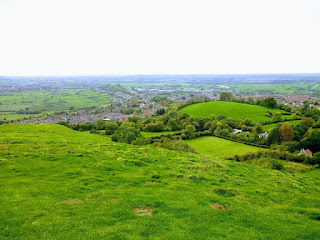 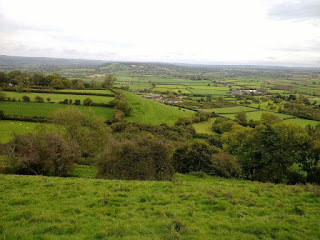 It has a huge selection of weird and wonderful shops 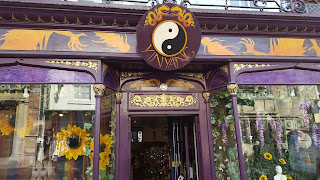 The monument in the centre is a popular meeting point. 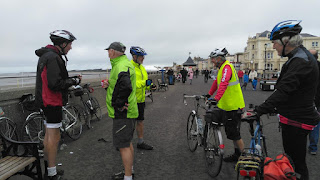 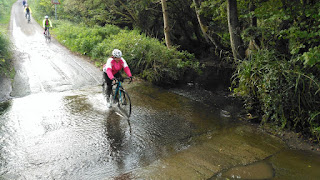 The Sunday ride was to Cheddar Gorge  with a lunch stop in Wells. 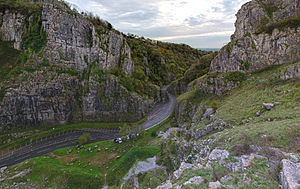 As you can see we were blessed by wonderful weather for the whole weekend. 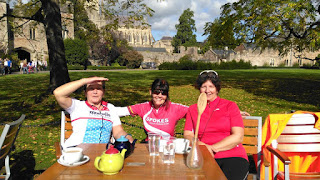 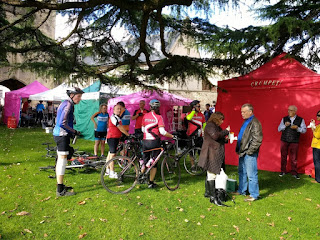 I think this mural sums up the ethos of our club as the company, rides and weather were good. 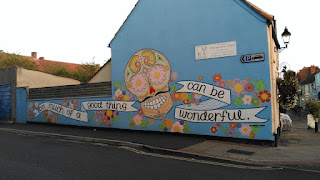 We are lucky in our cycle club to have a local historian, so on Sunday he led a ride and gave us a talk about places we stopped at.

One was Dunraven Castle which originally looked like the picture below. 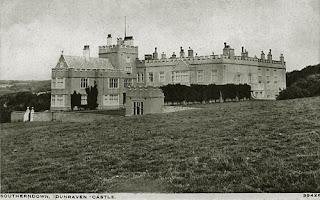 However because it had fallen into disrepair and the cost of either rebuilding or maintaining it was too great, it was demolished!!!! and only the outline of it remains.
Hopefully this would not have been allowed to happen today as surely some use could have been made of it especially with its unique position and stunning views. 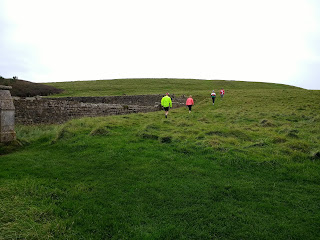 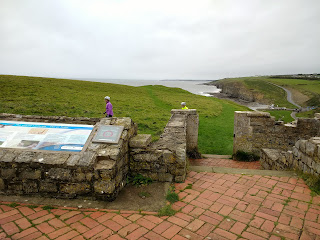 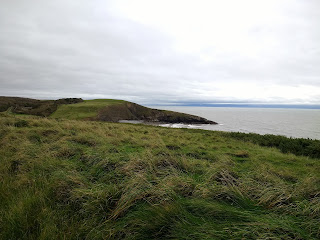 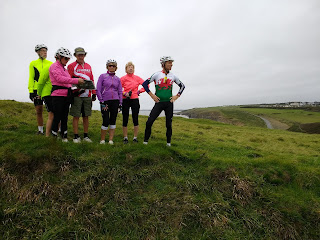 This was the gatehouse on the drive leading to the castle. 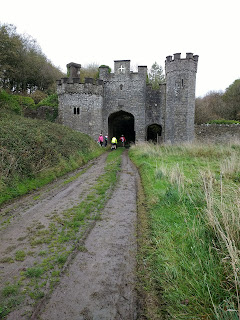 Another stop was St Donats castle.  This medieval castle which overlooks the Bristol Channel is now a school, Atlantic College and an arts centre.

It was once owned by William Hurst the newspaper owner and publisher, who renovated it with artifacts taken from other old properties.However when times got hard he sold it in the 1960's.  Whilst he owned it it was famous for parties attended by the jet set of the day, Charlie Chaplin, other film stars and reportedly a young JF Kennedy.  Some arrived by yacht and moored in the channel. 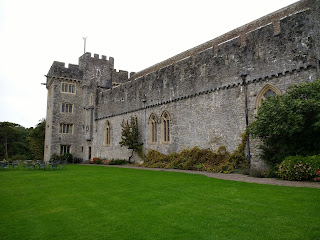 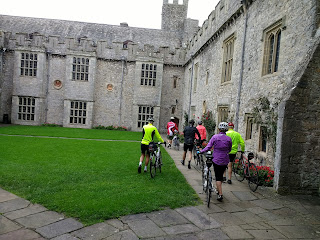 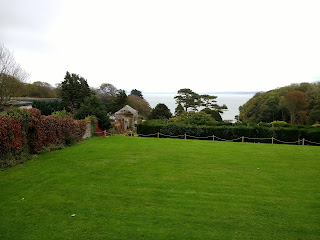 T
The final stop was in Llantwit Major and St Llanilltuds church.  There has been a church here for 16 centuries.
The present church has been renovated from the picture below and all the old artifacts have been included. 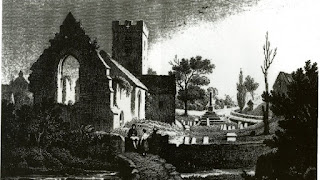 The old Celtic crosses have been preserved and housed within the church. 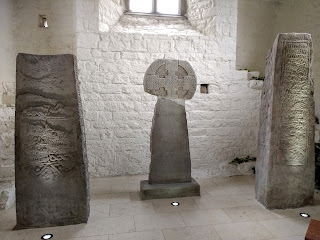 Even though is was a rainy day the ride and the company were good. Unfortunately I didn't record all of the route but the relevant part is on the Strava side panel.