As the only Welshman, and a Cardiffian at that,  to win the Tour de France the City turned out to welcome him home.

Club members cycled down to Cardiff  Castle to see him arrive there, but his celebrations started in  Bay area at the Welsh Assembly buildings and he then rode to the castle leading a peleton of young riders from various cycling clubs in Wales.

At the castle he had a civic welcome from the Lord Mayor and various other local celebrities. 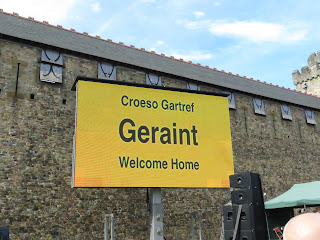 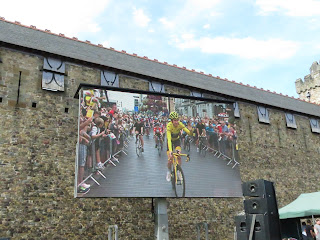 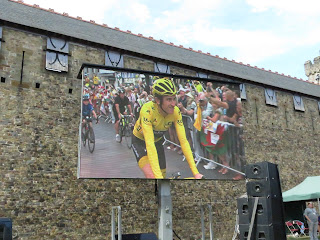 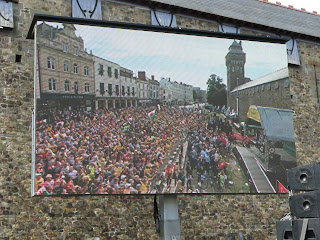 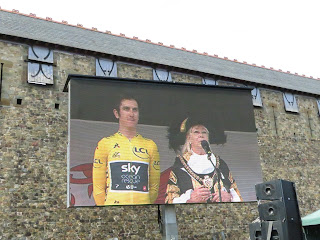 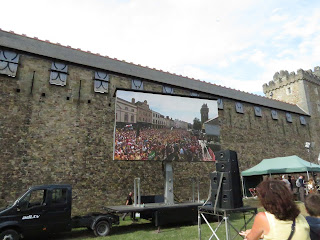 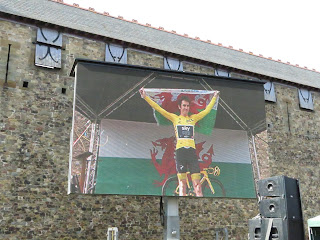 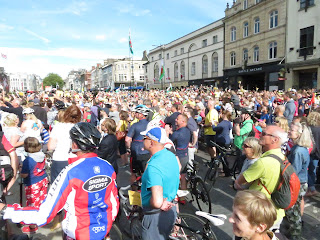 A new [to me ] bike and Tewkesbury

Having sold 2 bikes this year, there was room in my stable for something else, so I decided on a folder, having had one before but ended up giving it to my daughter.  The folder I fancied was a Dahon P24 but not many second hand ones around so I was lucky when this one appeared just over 100 miles away.  After the usual haggling  and pictures going back and for we agreed a price and a pick up date. We decided to go in the van and stay the night in Tewkesbury on the way home as its a place I've always fancied having a wander around.

But first of all the bike.
Its a very versatile machine with 24 gears and can cope with both long and short rides.  Its also sturdy enough to ride on trails.  Being a folder its allowed on buses and trains so that adds another dimension  to cycling trips.
It was a sad purchase in a way as the person selling was  slightly younger than me and his reasons for getting rid of it were due to his failing eyesight and knee replacements.  Also as it was  in very good condition he wanted it to go to someone who'll enjoy and look after it.   I fitted the bill!!  I completely understood how he felt because those are the things that I looked for when I sold my bikes.

These pictures were taken after I got it home and added my luggage and bits and pieces to it.
I'm very pleased with it and will certainly enjoy and look after it for him. 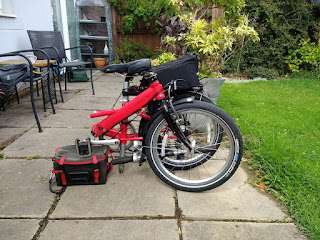 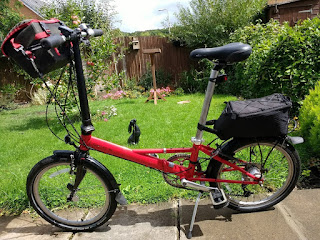 So on the way home we spent 2 days in Tewkesbury.  Its a Cotswold Medieval town with an Abbey that dates back to the 1100's. It was also the place of a decisive battle in the Wars of the Roses.  Many old buildings are still functioning in the town although there are some that are desperately in need of attention.  How that gets done I'm not sure as its a huge cost for the Council and I doubt if private money will do it.  Hopefully a national body like Historic England will come to the rescue.

One of the interesting features of Tewkesbury is its alleys The houses and shops were built in blocks and the alleys connect the blocks. 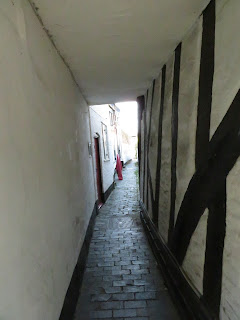 To celebrate its medieval origins, the flags were out in force. 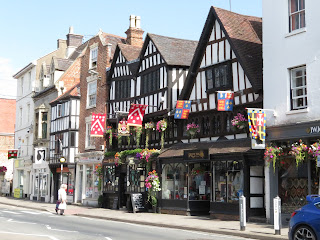 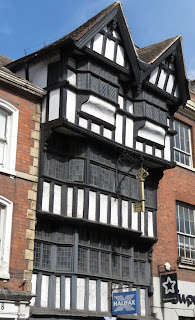 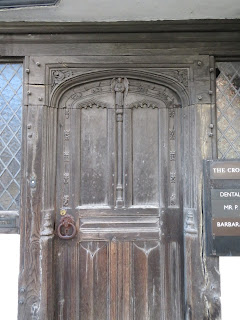 and this was behind the door 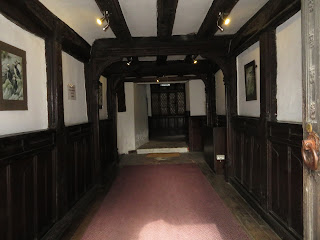 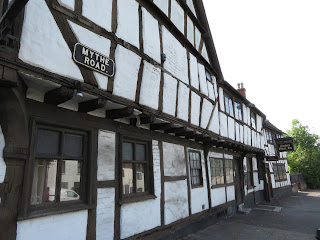 The Avon flows through the town and these cottages are alongside it. 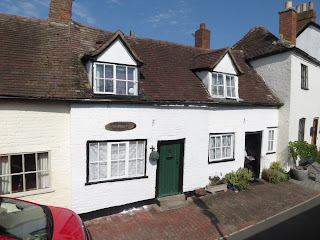 Because of the river  a big feature in the town today is the Marina to cater for all the river craft, 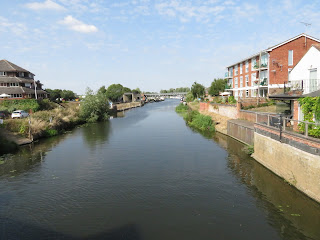 The Abbey which dates back to the 1100's 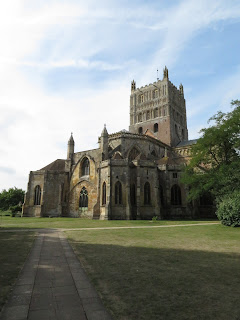 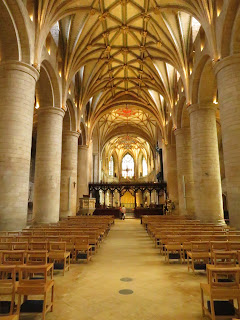 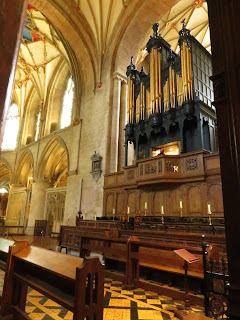 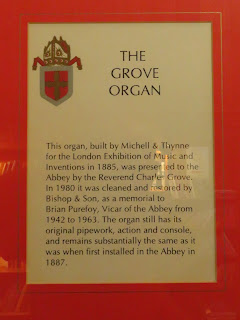 This is the main source of heating for the abbey. 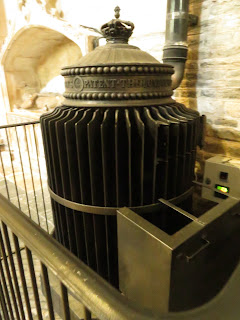 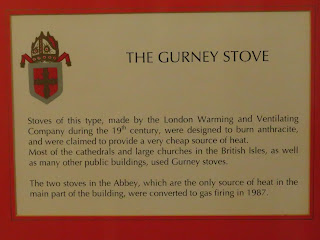