We can now travel...

Well,  within Wales, but it's a start.

So with some fine Spring weather forecast and temperatures forecast to hit 20 C we set off early for the  Gower coast.

A favourite walk is from Brandy Cove to Caswell Bay and then onto Langland Bay and back to Brandy Cove. 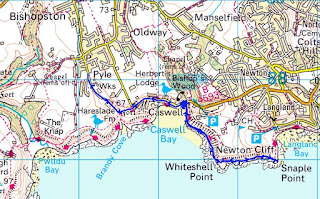 Brandy Cove as the name suggests has connections with smuggling and the smugglers hid the contraband in the old abandoned lead mines.  The goods were mainly alcohol and illegal tobacco
The bay was also used legitimately for loading the boats with the lead ore. 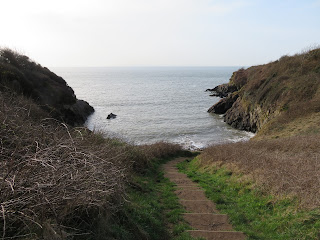 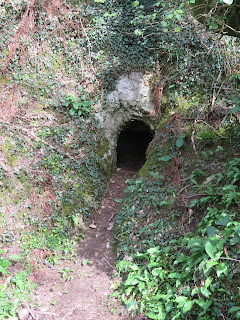 In the 1960's  some potholers found a skeleton which had been cut into three.  Police records showed it to be Mamie Stuart  who disappeared before Christmas 1919.  Her husband was a suspect but died three years before the body was discovered.
The  path is part of the Wales Coastal route and on a sunny day the scenery is especially stunning. 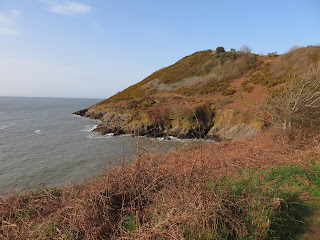 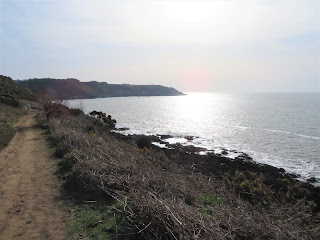 We pass by Caswell Bay, a very family friendly beach and also popular with surfers. 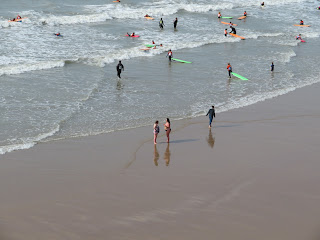 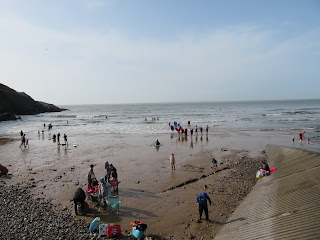 Looking back towards Caswell Bay  the view is slightly marred by the 1960's designed apartment block. 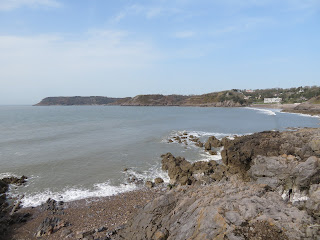 Lots of violet alongside the path 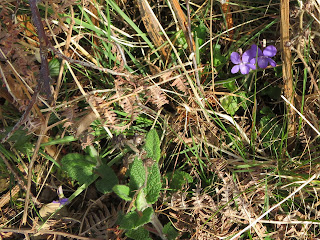 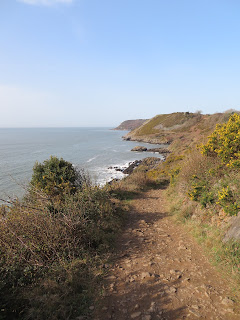 Along the cliffs we saw a few Rock Doves  which are just feral pigeons, who have adapted to live by the seashore. 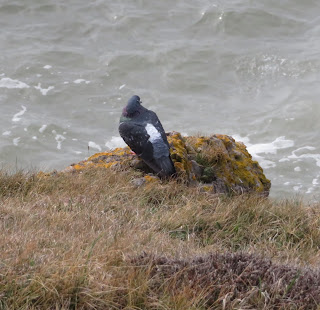 Dave
A keen cyclist with mainly local rides and touring with the Spokes CTC club. I have done many long distance rides, Lands End to John O'Groats, Atlantic to the Med France, Wales north to south, many coast coast routes in England and many more routes. .