This was the reason for the visit 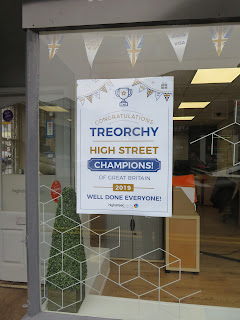 its on the same  line as Taffs Well  and a pleasant 35 minute train ride  away. 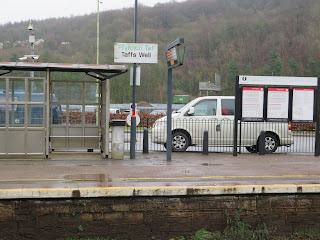 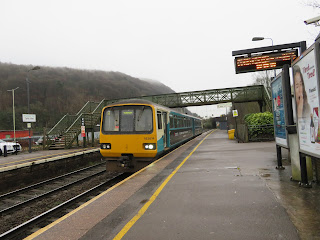 The Parc and Dare 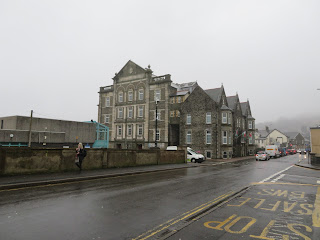 The Parc and Dare was built in 1892 and was originally a working mens library and institute.  It was funded by the workers of the Parc and Dare collery who donated a penny  from each pound of their wages per  week.  Here the miners could meet, learn and socialise , as it featured a bar as well as a library.
In the early 20th century a theatre was added and in the 1920 a cinema was installed.  It still functions as a theatre today with many productions being produced locally.

Being a valleys town the shops are in one street, and being Wales it was raining. 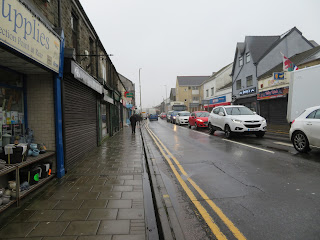 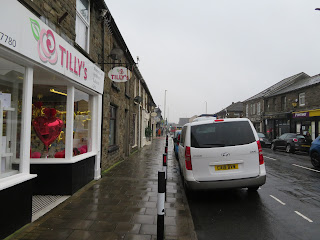 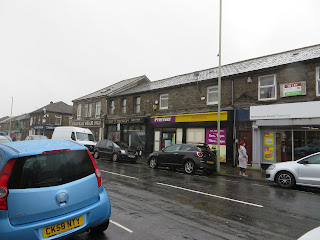 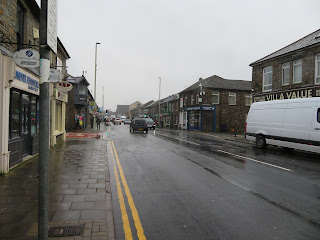 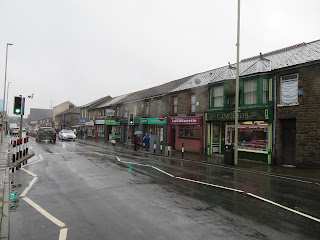 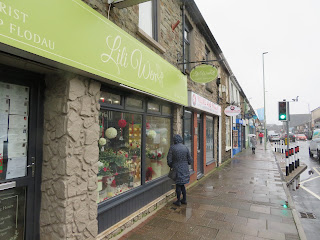 Nowadays its not often you come across a traditional butchers. 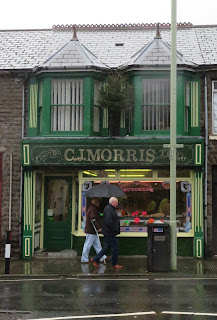 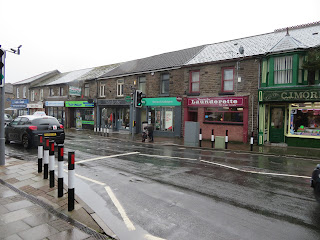 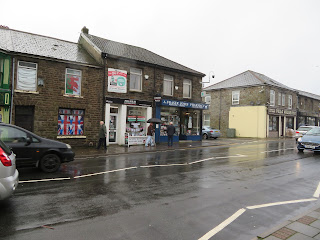 As always in a valleys town there are plenty of cafes and Treorchy lives up to this, so you'll never go hungry or thirsty.
Posted by Dave at 3:21 pm