This project was kicked off by a cycling friend who said that he was thinking on getting rid of his mountain bike and buying a gravel type bike.  So this got me thinking,  because on our Weston to Weymouth ride in August I discovered that my Genesis weighed nearly as much as an electric bike that someone was using.  So if I had a lighter bike I would be zoomimg up the hills.....well in theory...  and I didn't use my mountain bike much anyway.

So I started looking around and found that there were lots of bikes for sale especially on Facebook Marketplace.  I had a tick list of what I wanted and some brands in mind, but my first choice was a Boardman, mainly because of the good components used.  So after a while this one came up locally and after watching it for a few weeks the price came down by £80.  So it was a must see, and I bought it.   I didnt want to pay out a huge amount as I knew I would have to spend money changing components to suit me.

Here it is just after I bought it, a 2014 Boardman Team CX.   The person I bought it from had hardly used it, as he preferred a pure road bike. 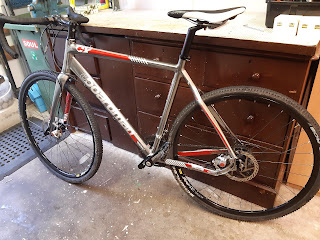 and here's the finished bike. 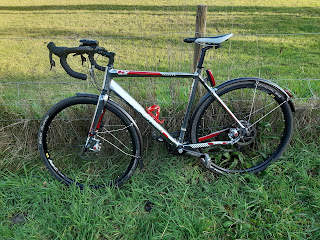 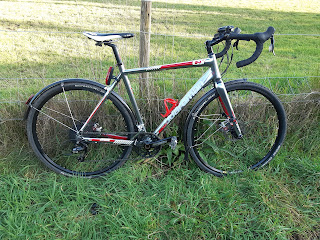 The original crankset was a FSA  50/34 which was fine, but on the big ring the gearing was slightly too high for me and limited  me using the smaller gears on the rear cassette.  So I changed this to a  FSA 46T. outer ring. 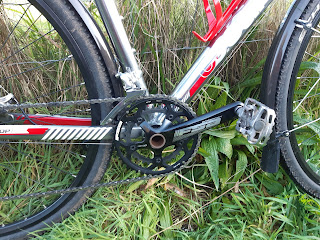 The rear cassette was originally a 32/11 and this set up would have meant a struggle on the hills.  This was changed to a  Sunrace 40/11 and a rear derailleur extender added so that I could still use the SRAM Apex derailleur.  It works a treat with no adjustments. 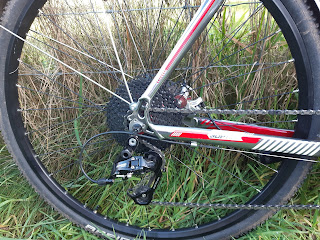 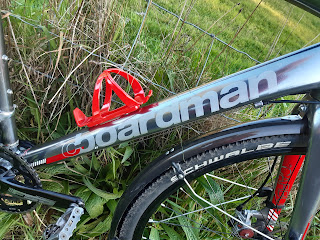 SKS mudguards front and rear, just to be sociable on club rides and it saves a badgers bum. Like many mudguards they take a lot or perseverance and patience to fit.  The carbon forks dont have mountings for a mudguard, so I got around this by using two Elite bottle cage mounts and mounting the mudguard stays on them. [click and enlarge the picture to see] 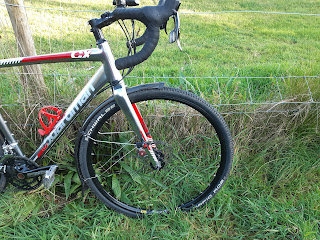 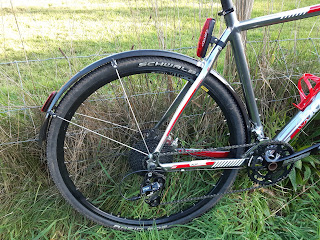 My mountain bike I gave to Cardiff Cycle Worshops
who run workshops, train youngsters, and do up and sell bikes.

Here it is the old mountain bike, refurbished and ready for sale at their workshop. 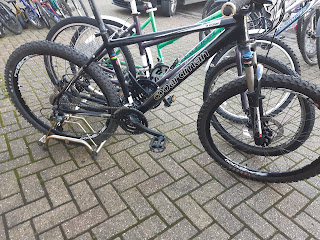 Well for a start its nearly 5 kgs lighter than my Genesis Croix de Fer and although its only a double crankset, going up hills is no problem with the set up I have now.  I've given it a good work out and ridden hills with up to 19% gradient  and managed them ok.
Its a different bike to the Genesis, but thats what I wanted, the Genesis is a very good touring bike, but the Boardman is ideal for our club day rides which can be on trail or road.